Finding a person or company to assess a company's pollution

I would like to see more businesses get a green assessment. I'm curious what they'd say about my company, too.

Until a few years ago, Nuno da Silva's arcane occupation -- professional pollution calculator -- was of little utility to the corporate world.

But in these days of global-warming worries and greener-than-thou marketing, companies suddenly can't get enough of his services. Revenue at the division he manages exploded 150% in 2008 and continues to expand this year, despite the recession. Since the beginning of 2008, he has added 13 people to his staff, bringing the number of employees to 16.

Concerns about greenhouse gases and other environmental hazards have spurred governments and companies to try to reduce the environmental impact of everything from auto fuels to water bottles. The first step in doing that is to assess the pollution those products impose on the Earth.

Wal-Mart Stores Inc.'s most recent environmental effort -- a bid to tag all of its products with information about their environmental impact -- will force hundreds of its suppliers to inventory their pollution, which many expect will create a boom for the pollution-counting profession.

Enter the growing class of "pollution counters" like Mr. da Silva. Using computer models, they process information about the energy and resources consumed by making, using and disposing of a product. At each stage, a product's effects on the soil, water and air are tracked to come up with what is known as a life-cycle assessment.

At chemical maker DuPont Co., the in-house group that does life-cycle assessments has grown from three members to 10 in the past six years.

At New Balance, a Boston-based maker of sneakers and athletic clothing, a "green team" has begun calculating the environmental cost of the plastic soles used in the company's shoes as well as the impact of shipping from New Balance's Asian factories. What the team has found so far suggests that the materials that go into the shoes, rather than the trip from overseas, take the bigger toll on the environment.

Although life-cycle assessments have been around since the 1970s and are fairly common in Europe, the practice has taken off in the U.S. only in the past few years, industry experts say.

But the profession can be lucrative. Calculating the life-cycle impact of a single product can cost hundreds of thousands of dollars, and Mr. da Silva said that starting salaries in his field average about $60,000. The first step in doing a life-cycle assessment is collecting data on the environmental impact of the different processes involved, from extracting raw materials to transforming them in a factory. Sometimes that means measuring emissions from a smokestack or a tailpipe, but the statistical information often comes from databases compiled by companies like PE International.

Most serious counters abide by guidelines from the Geneva-based International Organization for Standardization. It is up to the assessor to determine precisely what in a product's production to count and what to leave out.

But no clear rules govern the assessments, whose conclusions can vary sharply. While several organizations are trying to come up with standards, they don't agree, and there are no enforcement mechanisms. There is also nothing to stop companies from looking around for a pollution assessment that will favor their products or points of view.

The American Christmas Tree Association, which represents companies that produce artificial holiday trees, says it did its best to make accurate a life-cycle assessment that compared its products to natural Christmas trees. The assessment, which is still being reviewed, found that an artificial tree was slightly more environmentally friendly, mainly because the biggest source of pollution for either type of tree was consumers driving to get it, and consumers tend to reuse artificial trees.

But the National Christmas Tree Association, which represents tree growers, disputes the findings. "It is patently absurd to think that using a nonbiodegradable, nonrenewable product from a factory is somehow more environmentally friendly than buying a real tree," said spokesman Rick Dungey.

He pointed to a 2009 Christmas tree life-cycle assessment by a different pollution counter that found that natural trees are better for the environment unless an artificial tree is reused for at least 20 years.

Robin Jenkins does assessments for DuPont. To evaluate a potential project to make ethanol out of corn stalks, she talked to farmers, auto makers and regulators. Her recommendations included leaving half of the stalks on the field to prevent soil erosion, a practice the company plans to adopt at a pilot plant it is building in Tennessee.

But sometimes pollution counters find that just doing a calculation has little effect. For example, a life-cycle assessment done for the consumer-products giant Unilever found that smaller bottles of more-concentrated laundry detergent would save water, reduce packaging material and cut greenhouse-gas emissions from transportation.

But consumers continued to choose bigger bottles, which they assumed were a better value, said Gavin Neath, senior vice president of global communications and sustainability at Unilever.

Only after Wal-Mart banned nonconcentrated detergents from its shelves did Unilever make inroads with its pollution-counter-approved product.

Write to Ana Campoy at ana.campoy@dowjones.com 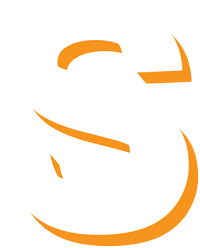 Solarek Studio - Every Product Has a Story to Sell

We are selling these domains: